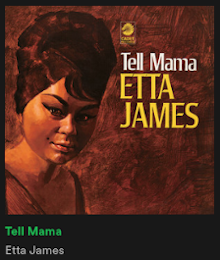 I’m currently reading Etta’s biography “Rage To Survive” and wanted a suitable soundtrack … so many good albums, but I needed one with I’d Rather Go Blind, which she dedicated to me three nights in a row when she played in Toronto at Albert’s Hall after we’d had a longchat at the tiny bar during her first set break on a quiet Thursday night. 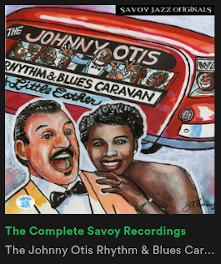 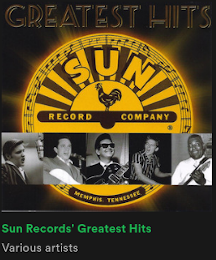 Happy Birthday to the late Sam Phillips – how better to celebrate than by playing some of the tunes that he produced?
Listening to Laidback Cowboy Elvis in contrast to the energy of Jerry Lee Lewis and Carl Perkins, I’m amazed anew at how big he became. 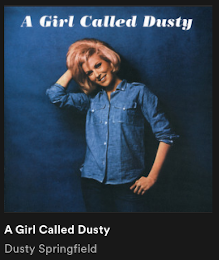 The beginning of her solo career, and that powerful voice manages to rise above the attempts of the older studio musicians to play a “modern” sound – ah, the joys of British recordings in the early sixties!
Who knew that twenty years after this album was released I would chat and dance with Dusty in a small gay bar in Toronto? But that’s a story for another day! 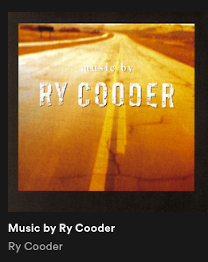 You won’t find many movie soundtrack albums in my collection, but Ry Cooder can certainly set a mood. This collection includes maybe my favourite Ry Cooder track “Feelin’ Bad Blues” from the 1986 movie “Crossroads” 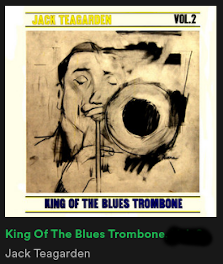 A 3-LP compilation of some of the best of Jack Teagarden’s recordings from 1928 to 1940. This gets lots of play time around here.
Very nice trombone playing, plus a voice that may well have inspired Harry Dean Stanton to try a little singing. 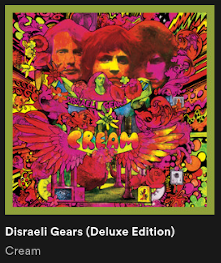 I’ve always been keen on a strong bass to drive a song. Way back in late ’61, I went to see Jack Bruce playing in Alexis Korner’s Blues Incorporated and caught a performance of the very early Rolling Stones who were the opening band that night. Serendipity.
As big as all three members of Cream were individually, it was Jack Bruce that was the cream of the Cream for me.