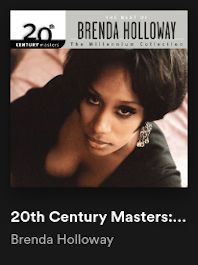 17-year-old Brenda Holloway was Motown’s first West Coast signing, and she was not the typical compliant female singer that recorded for that label. In her four years at Motown, from 1964-1968, her elegant style and unique sound had an enormous influence on groups such as the Supremes.

Everybody knows “Every Little Bit Hurts”, but did you know that she wrote “You’ve Made Me So Very Happy”, later recorded by Blood, Sweat & Tears?

In his book “Where Did Our Love Go?: The Rise and Fall of the Motown Sound”, Nelson George calls her an independent, determined, rebellious, and exotic beauty who pushed her way into Motown and stormed out when things didn’t go her way.